Executive Director of Communications and Engagement 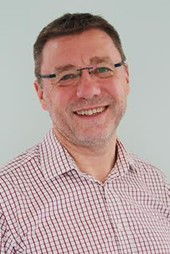 Edward joined the NMC in May 2018. Previously, he worked for the Rail Delivery Group (RDG) as Communications Director, responsible for the industry’s proactive, strategic communications and developed the Britain runs on rail advertising campaign.

Prior to that, Edward ran the press office for the London Assembly and the Local Government Association. He began his career as a trainee reporter on the Grimsby Evening Telegraph before working for the Sunday Times, the Daily Telegraph and The Times.