Mary Seacole’s legacy recognised and celebrated at the NMC

Mary Seacole created a legacy of kindness and determination in nursing

As a British-Jamaican nurse in the 1800s, her leadership and courage paved the way for diversity in nursing in the UK after she cared for wounded British soldiers during the Crimean War.

On 25 June, to honour the incredible impact Mary continues to have on the nursing profession, the NMC Chair’s room was officially named the Mary Seacole Room at a morning event with an invited and enthusiastic audience.

“We wholeheartedly believe in the importance of equality, the value of diversity and the vital need for inclusion in health and care services and our own organisation. I could not think of a better nursing pioneer to name the Chair’s room after.

“Mary’s story is inspiring. She showed so much strength in the face of injustice, and it’s obvious to see how great her impact has been on the nursing profession today.”

Representatives of the Mary Seacole Trust joined NMC colleagues for the breakfast and presentation together with members of the Chief Nursing Officer for England’s BME Strategic Advisory Group, the Royal College of Nursing, the Nurses Association of Jamaica and Black Cultural Archives, in addition to Martin Jennings, the sculptor of the Mary Seacole statue unveiled at St Thomas’ Hospital in London in 2016.

Jennings told guests how he designed the monument, which was the first of a named black woman in the UK, to capture Mary Seacole’s ‘strong, bold and present’ spirit.

In his speech, Chair of the Mary Seacole Trust, Trevor Stirling, celebrated Mary’s legacy and also reminded us of the impact of the strength, dignity, pride and industry of the Windrush Generation, which has persisted through the years.

The NMC held a creative competition with staff, inviting them to compose or design a piece of art or creative writing inspired by Mary Seacole, with the winner having their work permanently displayed in the room. Entries included drawings, a poem, short fiction and an engraved plate.

Guests at the event selected a collage of Mary Seacole and her life story by Grace Da Costa, titled ‘Remember me, value my sisters and brothers’, which Andrea described as “a fitting tribute to Mary and the thousands of people from ethnic minorities working in health and social care services today.” 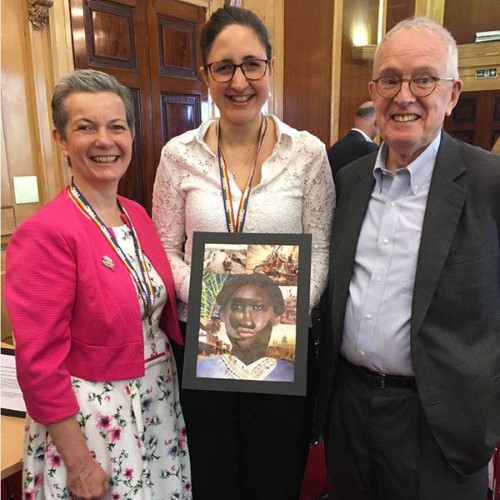 Image may be subject to copyright

18.05.22 Nursing and midwifery register grows but so does number of people leaving

On International Nurses Day, we’re celebrating nursing students and the 705,265 nurses and nursing associates on our register who continue to provide safe, kind

10.05.22 A pivotal year for our strategy to regulate, support and influence