The NMC website and our Overseas Portal will be unavailable from 07:15am - 10:00am on Saturday 16 January while we carry out essential maintenance. We apologise for any inconvenience.

Blog: We were different we were supernumerary

Claire Clarke, Clinical Development nurse at Northern Lincolnshire and Goole NHS Trust, was in the early cohorts of nursing trainees to make the move from hospital-based schools to diploma level training in colleges. 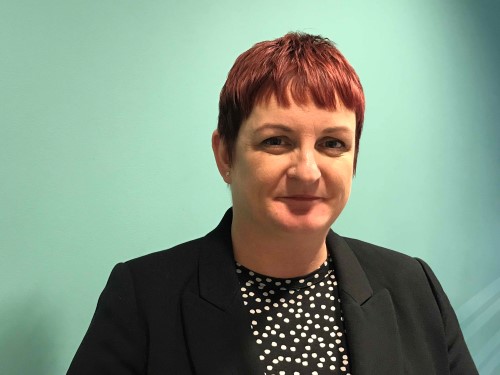 I knew I wanted to be a community nurse or health visitor from a very young age, and in 1992 I began my nursing training as part of the second-ever cohort of Project 2000, the move to diploma level nurse training based in colleges and universities rather than hospital-based schools.

We were different, we were supernumerary.

A concept which some ward staff struggled with and I spent most of my time defending and reasoning with colleagues the importance of university study. And I truly believe that’s what taught me the professional challenge skills I have today.

I qualified in 1995 and started work on a general medical ward in the hope of gaining broader nursing experience. Within three months the ward changed to a medical assessment unit, which is where I honed my nursing practice, organisational and communication skills. I undertook some post-graduate training as a mentor and many extended role courses, (as it was then), and competencies.

I got my thirst for critical care nursing and supported the development of the new high dependency unit where I was a senior staff nurse.

Having moved hospitals, cities and counties in 1999, I started a new venture as a rotational HDU/ICU E grade staff nurse with experience towards the end as an F grade sister.

This was where I wanted to be. I loved the specialist knowledge gained and the skill and competence expected of us, which paralleled my immense passion for the holistic care the role allowed me to deliver. I loved being respected and listened to, even being asked opinions on treatment and, in a lot of cases, being afforded more autonomy than ever before in my career.

In 2006 I made a brave decision to leave everything I was familiar with and venture out into the community, a scary place we, in ITU, had only heard of in passing. It was a complete departure, but something I felt I needed to do. I gained a place on the BSc Specialist Community Public Health Nurse (Health Visiting) at University of Hull and my practice placements were in North Lincolnshire PCT (at the time) qualifying in 2007.

My new passion was now Health Visiting, really making a difference, learning what true and effective support of parents and families was.

Using my safeguarding children knowledge, I became involved with the development of the new Early Help process, working in partnership with our social work colleagues to prevent and improve neglect of children.

I was asked to lead the ‘egg free’ swine flu vaccination community clinics for children, by the local public health team, which led to a project management role in 2010 within public health. There I established and led the roll out of the NHS Health Check Programme across North Lincolnshire, another clear departure from previous roles.

In 2012 I began the community children’s nursing clinical development role which was, in essence, all things quality and development within School Nursing and Health Visiting. It was working alongside colleagues assessing competence, writing policies and procedures, teaching and support.

I currently work at Northern Lincolnshire and Goole NHS Trust as a community clinical development nurse across all disciplines of community adult nursing - another steep learning curve for me, back to adult nursing.

My current role is really varied but again, has quality at its core.

The patient is at the centre of everything I do and my role is to support all clinical staff to care for their patients in the most efficient and effective way. As you can imagine that means I have my fingers in lots of pies.

Alongside my substantive role, for the last 3 years I have been an NMC Fitness to Practice registrant panellist, sitting on both nursing and health visiting cases.

It’s not as much of a departure as you’d think, since at its roots, the NMC is about the patients in our care and the quality of the care delivered, which dovetails very neatly with clinical development. I bring the realistic angle of current nursing practice and a human factors element to the role.

I have seen many changes in my 27-year career. Nurses have become professionals in their own right and are now leaders in fields of practice we never thought would be possible.

I am immensely proud to be a nurse and hope I represent my profession to the best of my abilities. It can be tough out there but we are all in it to reach the same goal of better and safer care and as such, should live by the same code and principles.

Rodger Kline, a Research Fellow at Middlesex University and part of the NMC External Advisory Group, speaks about our latest research report.

This week every year marks Baby Loss Awareness Week. This time last year, our chief executive and registrar, shared her very personal story. A year on, she refl

Andrea Sutcliffe speaks about the importance mental health and wellbeing, especially during the Covid-19 pandemic.