Your stories of nursing 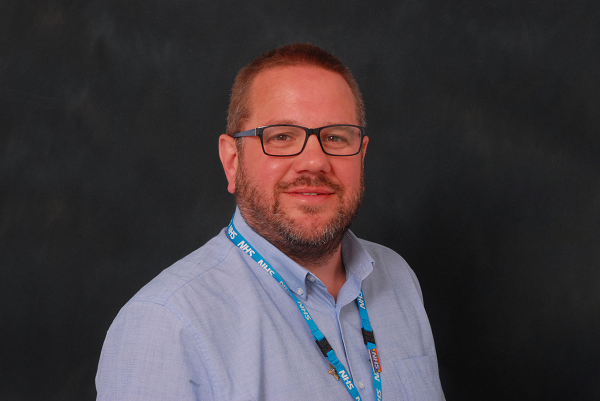 When he was 14, Paul Jebb’s dad was in a crash. He remembers it vividly – not because the date it happened, 8/8/88, was an unusual one – but because of the care he got from the nurses at his bedside.

“I watched the nurses do some extraordinary things to help my dad,” said Paul, who is now Associate Director of Nursing at University Hospitals of Morecambe Bay NHS Foundation Trust.

His dad’s ordeal inspired him, and after his GCSEs he gained a place to study pre-registration nursing at the University of Central Lancashire.

During his degree, he was elected as chair of the Royal College of Nursing’s student body, a role which took him to conferences as far as Vancouver and New Orleans.

“It taught me about the importance of nursing carrying a voice.

“Then when I first qualified I started working on a vascular ward and at the time, I was terrified.

“But then I was proud to be that registered nurse supporting patients and caring for their needs.”

Paul was then promoted to different roles including matron, senior nurse manager, directorate manager in Manchester and when his children came along, he had a period as project manager at Blackpool Hospital.

Meanwhile, he’s juggled his career with other healthcare organisations – including a stint at St John Ambulance as the Assistant Chief Nurse and Head of Nursing and is currently the chair of Blackpool Carers Centre.

The group is made up of senior nurses and midwives who work within a range of settings across the four countries of the UK.

“It’s really powerful being with other senior nurses from across the four countries, understanding the challenges they have, sharing experiences and understanding how strategy is implemented across the UK.

“It’s made me fully appreciate the role of a registered nurse and the value of being a registered professional.”

He knows all too well how nursing has changed over the last 100 years as he still has the notebooks his grandmother, also a nurse, wrote about life in a hospital ward in the 1930s.

“The profession has developed immensely,” he said. “Today, we place more value in ourselves as professionals and the accountability that comes with it.

“It used to be a very task-orientated profession, but now there’s a lot of critical thinking involved.

“Nurses make a difference in their own right, putting theory into practice and are a more-educated workforce.”

And what about the future?

According to Paul, it’s all about your voice and how you use it.

“Nursing will continue to evolve no matter what.

“Try to influence policy. We all have a voice, we all can use it and we all can make a difference.”