Jan Arriola shares what it means to be a registered nurse 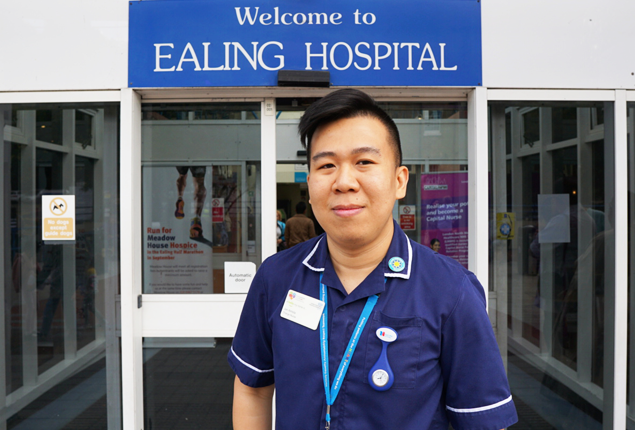 “My aunt got sick two years before I went to university and sadly she passed away due to cancer. Since then, I’ve been motivated to pursue a career in healthcare. A career that will be able to touch lives and make a difference. I want to make my aunt proud even if she's not around anymore.”

That’s how Jan Arriola decided that he wanted to become a nurse – it’s now three years since he joined the NMC’s register. Asked what advice he would give to someone starting out, Jan says it’s resilience that you need at the start.

“Sit tight and hold on to that passion that attracted you into nursing,” he says. “It’s a tough road, with so much to learn. Like, really tough. But the rewards will come, with every day you’re gaining invaluable experience.”

For Jan, it was a journey of years of studying and thousands of miles. Jan is an overseas nurse, recruited to work in the NHS. He looks back with fond memories and a real sense of pride after striving to become a registered nurse in the UK.

“When I look back”, becoming a nurse was a very long journey for me,” he says. “Many days studying into the night.”

Graduating from university was the first step.

“It was 2015 when I attended a recruitment event hosted by London North West University in the Philippines,” Jan says. “I applied to become a nurse in the UK and knew that I would have to wo­rk really hard to meet the English language requirements.

"I had sleepless nights, putting in the long hours to improve my English proficiency and to pass all of the tests that I needed to pass to be able to join the nursing register in the UK.”

To join NMC’s register, overseas nurses have to pass language tests as evidence of their ability to communicate effectively in English; testing speaking, listening, reading and writing. They must also pass a computer based test and a practical exam.

Jan travelled from his home in the Philippines to take his test in the UK. He says that finding out he had passed was one of the best days of his life.

“When I got the news that I had passed, and that I was on the nursing register, I was over the moon!” he says.

Becoming a nurse was just the start of Jan’s learning. He says that every day he has more to learn. That’s why shortly after his first year of nursing, Jan applied to a programme with the Florence Nightingale Foundation to develop his leadership skills.

“It’s been a non-stop learning curve ever since,” Jan says. “I applied for a place on the Florence Nightingale Foundation Leadership Programme. I want to be the best clinician I can be, and for me that means growing into a leadership position too.

“I want to help to get the best from the overall clinical setting I’m working in. To get the best from teams of people with different specialisms and skills – all with a laser-focus on the most important thing: the people in our care. I’m now an alumnus of the Florence Nightingale Foundation and I’m preparing to become an Associate Clinical Site Practitioner.”