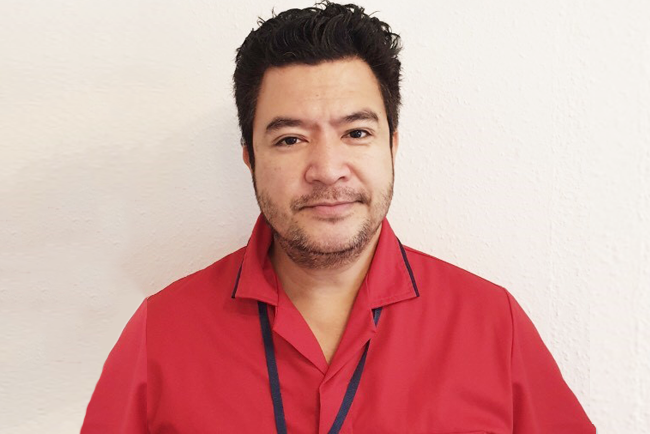 Francis grew up in the Philippines, listening to his grandfather tell him bedtime stories about his life as a surgeon in the U.S. Armed Forces in the Far East during the Second World War.

He worked long into his 70s, running his own medical practice where he treated the poor and sick for free. Watching his grandfather work inspired Francis to pursue a career as a doctor – but unfortunately, he didn’t have the financial means.

His aunt and uncles who are nurses suggested a career in nursing would be a “passport for life” and so in May 2000, he arrived in the UK. He started work in a spinal injuries unit in Salisbury where the overseas nursing unit co-ordinator was like a “mother hen”, introducing him to life in the NHS.

“When my PIN arrived in September 2000, I felt proud and accomplished,” he said. “It motivated me to start my career.”

Speaking about his experiences about the Nursing and Midwifery Council (NMC), he says:

“In the past it seemed like a cold, distant organisation.

“These days it seems much kinder and more relatable. Chief Executive and Registrar, Andrea Sutcliffe, is very visible on Twitter; always exchanging ideas with people and it’s making a real difference.”

He says previous delays with people receiving their PINs are no more and this has had a positive impact on staffing and reduces agency fees.

His proudest moment as a nurse was when he won the prestigious NHS Clinical Leaders Network and Aqua Henderson Quality Award in 2012 for his work with patients with hip fractures in Salisbury. He was the first nurse in the UK to be given the award and his career grew from there.

Nursing to him is about connecting with people. He says:“

“To me, nursing is about humanity and making a difference in someone else’s life at their most vulnerable time.

“It’s about having a compassion for other human beings. It’s a privilege to look after older people.”

He wants to encourage anyone considering a career in nursing to “just go for it.”

“Follow your calling,” he says. “Don’t ever forget the essence of being a nurse no matter what life throws at you. It’s not about pay, it’s about the differences you can make to patients and their families.

Francis, who is a Florence Nightingale Scholar and has a masters, is also the NHS Ambassador for Nursing 2020 as part of next year’s International Year of Nurses and Midwives; and member of MINT an organisation that encourages men to go into nursing.