Can you spare five minutes to help us improve our website? Have your say in our online survey.

We'll be carrying out scheduled maintenance on our website on Tuesday 25 February between 18:00 - 19:00, we're sorry for inconvenience caused. 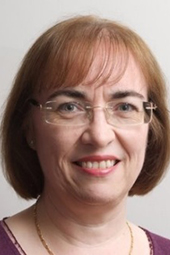 Jean was appointed as Chief Nursing Officer (CNO) for Wales in October 2010. She trained as a general nurse in Swansea and practised as a theatre nurse in Wales and London. Jean has held positions in nurse education at the Welsh National Board, Health Professions Wales and Welsh Government. Jean has worked with a number of European governments and is currently an expert adviser to the World Health Organisation (WHO) European Region.

Since appointment as CNO her main priority has been developing the nursing and midwifery workforce in Wales. She is currently engaged in implementing the Nurse Staffing Levels (Wales) Act 2016.

Jean is Honorary Visiting Professor to the School of Nursing and Midwifery Studies, Cardiff University, Visiting Professor to University of South Wales, Fellow of Swansea University, Fellow of Bangor University and was made Fellow of the Queen’s Nursing Institute in November 2016. She was acknowledged in the inaugural Nursing Times Nurse Leaders 2014 list and received a CBE in the Queen’s birthday honours in 2017 for services nursing and midwifery in the UK and Europe.