Reflections on a traumatic year 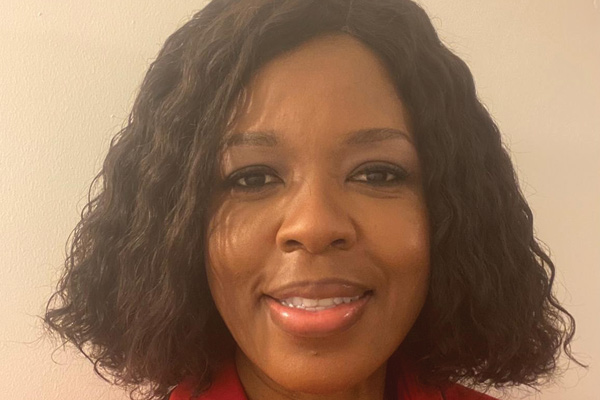 When the pandemic hit, we'd spent months trying to establish and grow our continuity of carer (CoC) service. We'd been working on getting at least two teams off the ground, and for a Trust with two acute sites covering three boroughs we still had a long way to go.

CoC is a way of working that benefits women, birthing people and staff. Having worked this way earlier in my career, it's a model I believe in. Many women report a positive experience, especially when one midwife sees them through their whole pregnancy; there's better engagement with hard-to-access groups, and fewer missed appointments.

As with any change, we had to work hard to sell this new way of working to our staff. Until the first lockdown, midwives and women had positively engaged with CoC models. I felt we were at a point of transitioning from a period of trial and error to performing. We were starting to see some first fruits and encouraging results in staff confidence and women's experiences.

In an innocent tweet on 23 March 2020 I gallantly declared that "COVID cannot derail us". That we would push on with our CoC teams. Then all of a sudden we had to stop the CoC models. My Twitter declaration fell apart when the centre just could not hold.

It's heart-breaking having to stop something that you know is really beneficial. We had to notify dozens of women that the service we'd promised them could no longer be delivered, and that the midwife they'd seen during their pregnancy wouldn't be the one to facilitate the birth of their baby.

But we had to. There was no other way around it. We needed to concentrate midwives in key birthing areas, like the birth centres and labour wards. We had to staff community hubs and ask women to come to us, so midwives could cut travelling time and see more women. We'd been trying to get away from this centralised way of working for years.

Thinking back on the whole journey, and the person I was in March and April 2020, I can't help but think, "Gosh, was she so naïve!" The pandemic would throw many more challenges at us. But at the beginning I was sure that even if everything is falling around us, we would still provide CoC because we worked so hard to get to that point.

We knew we'd have to restart CoC services again at some point. It was frustrating knowing we had to rebuild everything up from scratch. CoC isn't a model of care that everyone buys into immediately. We'd achieved some enthusiasm and momentum, then lost it - regaining both would be a tall order.

We also had to rebuild our client base of women. And that takes time, especially in a volatile situation such as this pandemic. The ripple effect was much longer lasting than anticipated.

This left us all scared, not knowing how the future was going to pan out. Thankfully this load was shared by many: the community matrons and team leaders, the midwives and support workers on the ground, and our Maternity Voices Partnerships representing the women themselves. We were also supported by independent midwives and multiple agencies.

Leading in a time of uncertainty

As the pandemic gained pace, there was also a sense of hopelessness -- that actually you can't do anything about it. As much as we wanted to continue the service, we didn't know enough about the virus and how to deal with it.

It's a strange and uncomfortable place to be when you don't know what the next big, looming change will be. You're in a constant state of heightened anxiety. It's really hard to negotiate what you think is doable, morally right and actually of benefit to the service, and what isn't. Nobody tells you how to navigate that. You have to find out for yourself.

Leading in such circumstances is difficult. You don't have all the answers that people who look to you for leadership want. And some of the solutions you may have, may not be what people want to hear. It was hard to not take it personally when staff and people using our services voiced their feelings of mistrust and fear due to the constant change and lack of clarity. One can only say, “I don’t know, but I’ll find out” so many times.

It sometimes felt like they were saying I decided this. All I was doing was following the latest government or local advice. It was always going to upset someone and that's hard to deal with sometimes.

I've certainly grown as a leader over the past year. There are some things you realise are worth fighting for and others that just aren't worth your breath. I also learned that you can't care for others when you're not looking after yourself. I directed everybody to our support resources, but exhausted myself mentally in the meantime.

I now know that our services can adapt quickly, and redesigning how we were working was beneficial for midwives. Continuously having to change whilst maintaining a safe service took a lot of hard work and resilience. However, you can't stay within your fixed ideas. The pandemic has certainly taught us that.

There's so much room for growth in every one of us. The pandemic hasn't been an interruption where we've just briefly paused and will continue as before. It's been a definite disruption where the question to answer is, "How else can we do this?"

Read more nursing and midwifery stories from the pandemic.