Margaret Yendall started work in 1938 and recounts the realities of working as a nurse during Second World War. 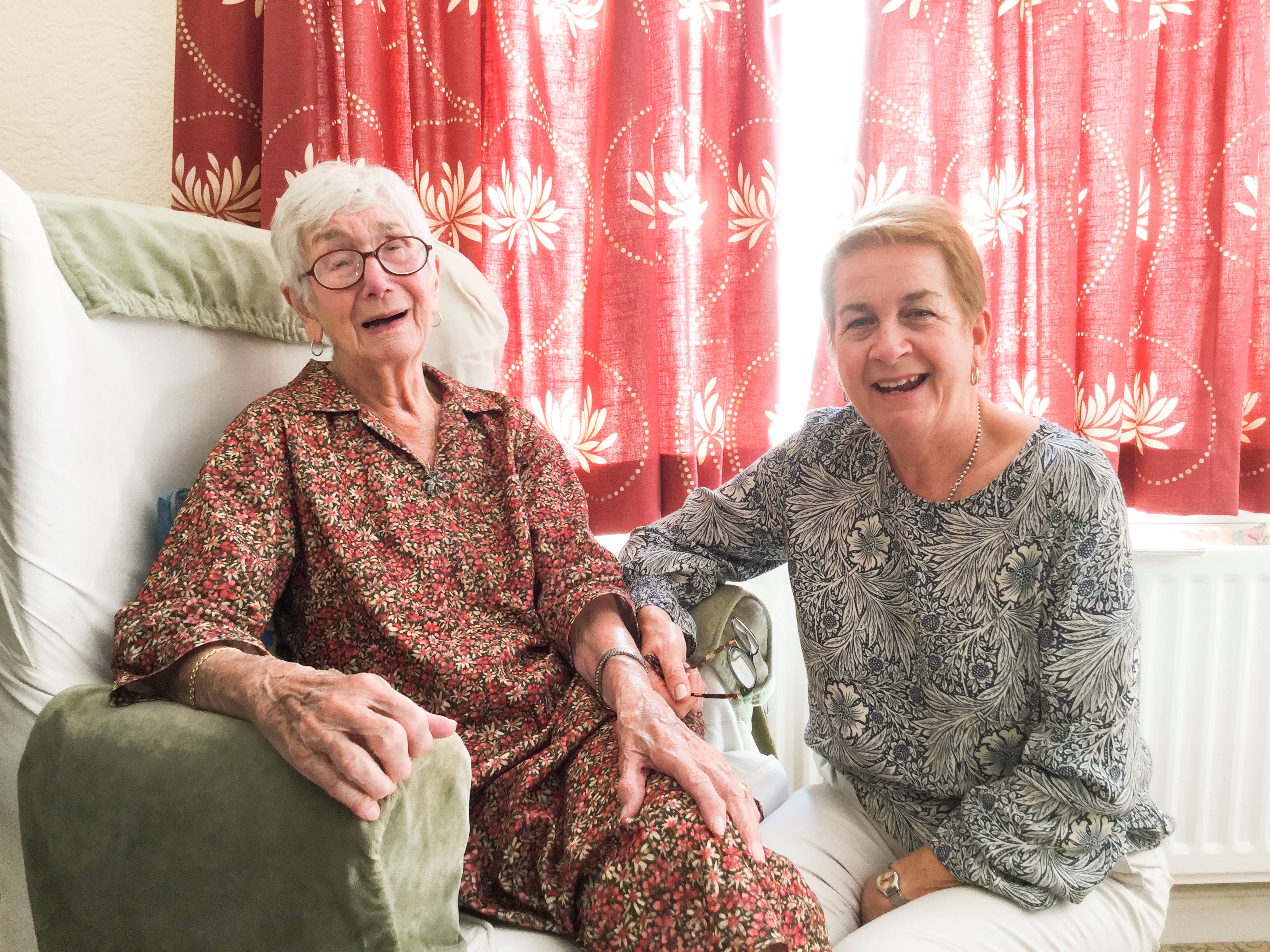 “Nurse, there are animals crawling up my leg and lice inside my plaster cast. I can no longer live like this.”

Those were the desperate words a wounded German soldier told nurse Margaret Yendall’s friend as she tended to his wounds at North Manchester General Hospital during World War Two.

But instead of leaving him be – he was the enemy after all – he was cleaned and looked after until he was fit enough to be sent home.

“Germans were nursed apart from the British, but their care would have been exactly the same,” says Margaret, now 97.

“There were always a couple of wards left empty in the event of a bombing.”

The conditions in hospitals during the war years may have been very different, but to this day that legacy of Always Caring, Always Nursing lives on.

It’s a mantra that two of their daughters, Alice and Adrienne, who followed in their mother’s nursing footsteps, carry with them too.

A thermometer and a bedpan

Margaret, who now lives in Bexhill-on-Sea with her former Royal Marine husband Jack, didn’t want to go into domestic service like all her friends.

So aged 16, in 1938, she applied to the local cottage hospital - mainly because the job came with free board and her mum had recently given birth to two sons.

It contained 24 beds as well as five trained staff, five probationers, two ward maids, one cook and one maintenance man.

Her uniform was a blue and white striped dress, complete with an apron and a hat.

“In those days, we only really had a thermometer and a bedpan,” she says. “The matron watched us at every corner and when I had to give a bedpan to someone, I didn’t know which way it went.”

In 1940, Margaret started her training at North Manchester General Hospital as war gripped the nation. The nurses all lived in a house together which had no curtains or heating.

There were only three other nurses on her course, but by the time her daughter Alice started her training at St Barts Hospital in London in 1979, there were 60 every six weeks.

On Margaret’s first day as a student nurse, she was working in theatre when a train crash victim was bought in. They had to amputate his leg – which was still firmly wedged into his boot.

Training back then consisted of hygiene, anatomy and physiology, cleaning and learning how the waste disposal system worked.

Instead of drips, nurses would have to put a saline tube into a patient’s rectum. They also learnt about leeches, cupping and how to swab a boil using reusable materials.

“There were no plastic drips, it was all done with rubber tubing,” says Margaret. “We washed and re-rolled all the bandages, nothing was disposable.”

When the air raid siren sounded, the nurses would have to haul the patients under their beds before running down to the cockroach-filled cellar for shelter.

For the next three years, she worked in a range of posts including dermatology, gynaecology and orthopaedics.

She was moved into midwifery because there was a national shortage, and she knew she was more likely to get a sister’s post with midwifery under her belt.

“I then found out I was promoted to sister when I was sent to the laundry room to be measured for my uniform,” she reminisces.

“When the war ended I went to see all the crowds rejoicing. I was happy but honestly, the hospital was like living in a monastery.

“We didn’t have a daily paper or a radio and were unaware of what was happened. I didn’t realise how dangerous everything really was out there.”

She left her job in August 1946 and gave birth to the couple’s first son in 1949, hanging up her nursing hat for good.