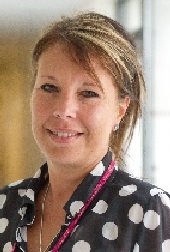 Sascha Wells-Munro was appointed as a Maternity Improvement Advisor at NHSI in April 2018. This new role is one of three across England for NHSI and is predominantly to support maternity services across the country that require significant change and improvement.

Prior to this, Sascha was the Director of Midwifery, Obstetrics and Gynaecology at University Hospitals of Morecambe Bay NHS FT (UHMBT). Sascha has been a midwife since 1995, qualifying and working within the West Midlands. She has worked in many areas of midwifery, both in hospital and community settings. She has also worked as an agency midwife in many organisations to broaden and strengthen her clinical competency and knowledge as a midwife.

Sascha was appointed a supervisor of midwives in 2004 and completed her post graduate certificate at master’s level in Advanced Midwifery Practice in 2011 whilst in post as maternity matron at Nottingham University Hospitals.

Sascha joined UHMBT in May 2011 at a time when maternity services were under extensive regulatory review and scrutiny due to failures in service and care provision which sadly resulted in several maternal and neonatal deaths.

Over the last seven years Sascha has led UHMBT Maternity Services from special measures through extensive and much needed transformation and change, which in 2017 resulted in CQC rating maternity services across Morecambe Bay as 'good'. Sascha has also been involved in national taskforce work for the development of the Model for Supervision as well as contributing to the Better Births agenda following the publication of the National Maternity Review.

Sascha was awarded an OBE in the New Years Honours list in 2020 for services and her contribution to the NHS and patient safety.