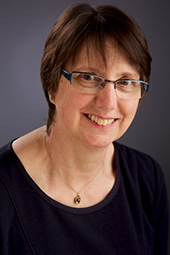 Mary Renfrew is Professor of Mother and Infant Health at the University of Dundee. A midwife, health researcher and educator, Mary has conducted research in maternity care and in infant feeding and nutrition for more than 30 years. She has previously worked in the the Universities of York, Leeds, and Oxford.

She was awarded inaugural Senior Investigator status with the National Institute for Health Research in 2008, and she was Principal Investigator for the groundbreaking global Lancet Series on Midwifery (2011-2016). Her work has informed and helped to shape public health policy and midwifery practice nationally and internationally.

Mary is currently a member of two WHO Advisory Groups, on quality of maternal and newborn care and on midwifery education. She was a Board Member and Trustee of UNICEF UK (2011-2017) and was elected as a Fellow of the Royal Society of Edinburgh in 2014, the first midwife and nurse to be elected to Scotland’s National Academy.

Mary is working with us to develop new standards of proficiency for registered midwives. You can find out more on the education page.