Our overseas registration portal will be unavailable from 16:30 on Friday 26 February to 08:00 on 27 February while we carry out essential maintenance.

You may experience some disruption to our other online services during this time. We apologise for any inconvenience this may cause.

Member of the House of Lords 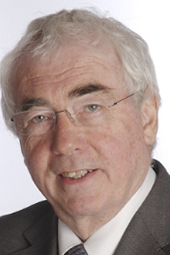 Lord Willis was educated at City of Leeds and Carnegie College, and Birmingham University. He spent 20 years as head teacher of two large urban comprehensives and seven years leading Harrogate Borough Council before entering Parliament in 1997. He was appointed Shadow Secretary of State for Education and Skills prior to being elected Chair of the Science and Technology Select Committee in 2005.

Awarded a peerage in 2010, Phil sat on the Science and Technology Committee until 2015 and dedicates much of his time to research in areas including science and innovation and health policy. He was a co-author of the recently published Report into the future viability of the NHS and Social Care.

He chaired the Association of Medical Research Charities until 2015 and was awarded an Hon Doctorate of Science from Salford University in 2013 for his work on evidence based policy making. Following his seminal report on graduate nurse education in 2012 he was made a Fellow of the Royal College of Nursing.

He is a Fellow of the Royal Society of Arts, member of the Foundation for Science and Technology and is a Council Member for the Natural Environment Research Council. He chaired the NIHR and Wellcome Trust Health Innovation Challenge Fund Review and was appointed Chair of the NIHR Collaboration for leadership in Applied Health Research and Care for Yorkshire and the Humber in 2014.

He recently led the Health Education England ‘Shape of Caring Review’ into the education and training of nursing and health care staff where his proposals helped introduce the nursing associate post. He was a member of the sponsorship board to review NMC nursing standards. He is currently leading major initiatives on the future education and training of genomic nursing staff and of the mental health workforce, and is leading a ground breaking proposal to set up the first ever doctoral training centre for nursing. He has been awarded an Hon Doctorate from London City University for his work on nurse education.

Lord Willis continues his involvement with education as visiting lecturer at several universities including York, London City, and Nottingham and is acting as a consultant to Health Education England and to the Nursing and Midwifery Council where he has recently joined the NMC Midwifery Panel.