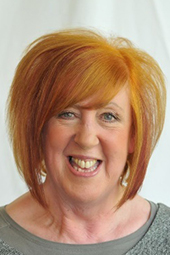 Cath is an independent consultant working in healthcare. She is an Honorary Fellow of the Royal College of Obstetricians and Gynaecologists (RCOG), was Chair of the RCOG Women's Network from 2011-2015 and has been involved with the RCOG’s patient and public engagement activities since 2007. She is now Chair of the RCOG Equality and Diversity Committee.

She has worked extensively in the field of patient and public engagement and large scale, complex consultation for NHS reconfiguration. She has also work for national projects including the consultation on the reconfiguration of health services for children and young people, maternity services and neonatal intensive care in Greater Manchester.

As a member of the Independent Reconfiguration Panel until 2017 she was involved in many reviews regarding contested reconfiguration proposals across the country. She has worked with many NHS organisations to build understanding of the needs for effective engagement in service change.