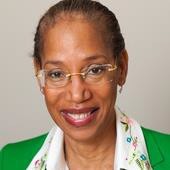 Marta is currently an Audit Committee chair for the London Fire Brigade, Audit Committee member for University of Law, and a Non-Executive Board member and Audit Committee Member of the Public Sector Audit Appointments. Marta recently became a Non Executive Board member and an Investment and Performance Committee Member for the Barking, Havering and Redbridge University Hospitals NHS Trust. She is also a Member of the Heriot Watt University Court, and its Finance Committee and was previously Chair of Viridian HA (formerly Servite Houses), and Executive Chairman of Ujima Housing Association. She holds a number of other non executive positions.

Marta is a Non-Executive Board Member of the Sponsor Board for the Restoration and Renewal of the Houses of Parliament and chairs its Audit Committee. She was made an Officer of the British Empire in the 2006 for services to social housing. Marta finished her executive career as Chief Executive of The Pensions Advisory Service from 2010 to 2013 and, before that, Director of Compliance at the National Lottery Commission.