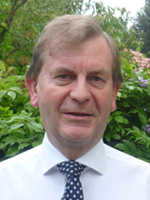 Derek was initially appointed to the Council in 2016 and has been reappointed to serve a second term. Derek chairs the Investment Committee and serves on the Audit Committee.

From 2011 to 2017 Derek was a non-Executive Chair of South West One Ltd, a public-private shared services partnership in Somerset. Before that, he was Registrar and Secretary at the University of Bristol and prior to that was Finance Director for a number of large retail groups.